According to a recent study, businesses intend to increase content creation and distribution in 2022. 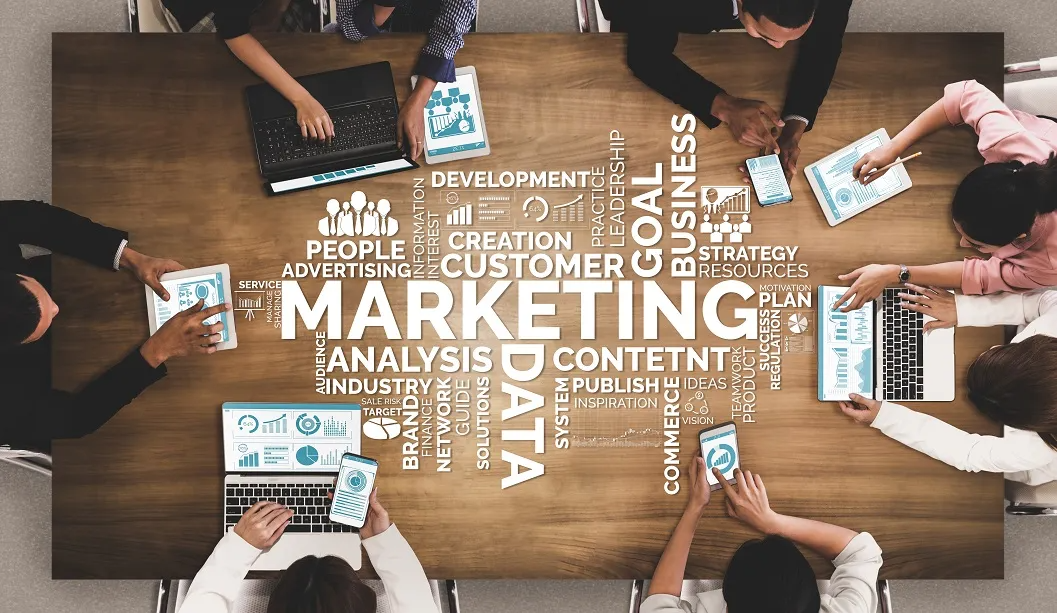 Content is king, but there is a heavy head on the throne, as businesses rush to create content but lack the data to assess its effectiveness.

In 2022, both B2B and B2C companies will face stiff competition as they increase budgets and experiment with new content formats.

These are the top priorities for content marketers, according to the study's findings.

Through EAT and other efforts, Google and other search engines have long prioritized content just at the top of their optimization lists. Despite this, businesses of all sizes have continued to write in smaller teams and have been able to focus on blogs and other written content.

B2B and B2C businesses have smaller in-house teams or use a slew of freelancers or content agencies to create content so that they can focus on running their businesses.

Parse.ly found that nearly 80% of those polled had a content team of ten or fewer people.

Companies are producing more content than ever before, but they are also recognising the need to produce even more new and diverse content:

Budgets are also increasing, with the majority of the new funds going to more creators rather than programmed and platforms to improve the efficiency of content creation.

Companies that are content-savvy use content throughout the buyer's journey, from top-of-the-funnel processes to the final checkout.

In the B2B spectrum:

In the B2C space

Blogs are the most digestible and searchable content for businesses, with 91 percent of respondents creating it.

Social media engagement was a priority for 88 percent, followed by tried-and-true marketing tools, such as email newsletters, at 78 percent.

Long form content improves authority and expertise for both search engines and consumers, with 58 percent using it for case studies, 53 percent for events and webinars, ebooks 52 percent for the paper, and 38 percent for the white paper.

Despite high engagement, only 69 percent of respondents were using content for videos.

Getting The Word Out

Businesses can create fantastic content, but it is useless unless it is seen by the intended audience.

With between 90 and 83 percent of respondents, proprietary channels such as company websites and social media are the most popular methods of distribution.

With 77 percent of businesses, email to listed customers was the third most popular, followed by paid social media and search ad campaigns at 62 percent and 49 percent, respectively.

LinkedIn was the first choice for both B2C and B2B social media platforms, according to Parse.ly, which accounts for about 1% of total social media traffic to a website.

With 89 percent of traffic coming from social media sites, Facebook was the second most popular method of payment and organic distribution.

Instagram and Tik Tok, two popular social media sites, were at the bottom of the list for both paid and organic business preferred platforms.

Written content, such as blogs and social media posts, is the most common and easiest to create.

They successfully engage audiences, and blogs rank well in search engines, but if they had the resources, both B2C and B2B companies would want to invest in video and create content for a long time.

Whether organic or paid, videos on YouTube, Facebook, and other platforms have a high level of engagement.

Many businesses try to avoid paying for video production and editing. As a result, live streams, smartphones, and handheld cameras are used in a more guerrilla-style approach to video.

These resources are already available to businesses, and they are used to promote sales, properties, and events. Businesses want to go beyond their current content and into new avenues like videos, eBooks, and infographics, according to the report.

What's Working and What Isn't

Expanding content is great, but only if businesses have the analytics to see what works and what doesn't.

The miscalculation of the return on investment is one of the most serious flaws in existing material strategies. According to the report, 51% of businesses track and understand metrics, while 49% have no idea how their content is performing.

Page views, many of which are derived from Google Analytics, are the most important metric used to assess performance. Page views can be tracked, but not the impact of content on sales, revenue, conversions, or buyer journeys.

This results in content that may increase traffic to your site but does not guarantee conversions.

The Outlook For 2022 And Beyond

The year 2022 is a big year for expanding content teams and diversifying content, according to the report, but legacy tools aren't equipped to handle the complexities of content metrics.

It's exciting to see the increase in content and creators, but a successful marketing strategy is about more than just creating content; it's also about understanding how that content relates to business success and customer satisfaction.

.
What is B2B marketing and B2C marketing?
expand_more

Content marketing has a very high return on investment. And there is evidence to back this up. According to Statista, 30% of marketers believe that content has the "highest ROI" of any channel. That is most likely why 91 percent of B2B marketers use content to spread the word about their business.

Business-to-consumer (B2C) content marketing refers to the methods and best practices used to promote products and services among consumers by utilising useful and engaging content.

.
What is B2B marketing example?
expand_more

When one company's output is required for another company to maintain or improve its operations, business to business marketing is required. Here are some examples of B2B marketing: An oil and gas producer is attempting to market and sell an industrial pump manufacturer's products.

.
What is B2C marketing examples?
expand_more

.
Can we use B2C marketing methods and research B2B?
expand_more

Although some marketers believe there is a significant difference between B2C (business to consumer) and B2B (business to business) marketing, the truth is that both have aspects that are similar. As a result, B2B marketers can incorporate many "traditional" B2C marketing strategies into their campaigns.

B2B content marketing is the process of creating and distributing content with the goal of increasing brand awareness, traffic, leads, and sales for companies that sell to other businesses. B2B content marketing includes blogging, podcasting, email newsletters, and infographics, among other things.

B2B content marketing, as the name implies, is the art of using content to broaden your company's audience, strengthen and develop brand affinity, and ultimately drive leads and sales by appealing to other companies.

B2B companies can use content marketing to demonstrate that they care about the same issues as their customers. Because B2B companies rarely sell in large quantities like B2C companies, building a relationship is crucial.

B2C content marketing has the advantage of speaking directly to consumers without the use of an intermediary, resulting in a shorter sales cycle (more on this later). The final decision is made by the individual consumer, and it is usually based on both rational and emotional considerations.

.
How much do B2B writers make?
expand_more

As a B2B writer for a company. Salary for in-house B2B writers varies depending on the niche and your level of experience, but you can expect to earn around $50,000 USD for an entry-level position and $75,000-90,000 USD for a senior position in the field.